In a secluded northeast corner of New Zealand’s North Island, on one of the most beautiful sections of Northland's coast, lies Helena Bay Lodge. It is 40 km north of Whangarei or a 45-minute flight by helicopter from Auckland. This luxury lodge features three kilometres of pristine coastline, four private beaches and many intimate coves. It is a truly magnificent luxury destination which cost $65 million to complete. It has just five suites, accommodating no more than ten guests at any one time.

The guest experience is world class. Helena Bay even brought the celebrated Michelin-starred Ristorante Don Alfonso 1890 of Southern Italy to New Zealand. Under the direction of Don Alfonso, and while observing his philosophy of respecting the local food culture, the Helena Bay Lodge kitchen incorporates the age-old traditions of Sorrento and the Amalfi Coast in offering guests ‘Estate to Plate’ cuisine with menus changing daily.

The property offers a wide range of activities including kayaking, fishing, farm tours and cycling. Its 325 hectares combine a mix of forestry and open  paddocks, and with kilometers of tracks there is plenty to explore. Guest facilities at the Lodge  itself are generous and include a gym, sauna, massage room, a 25 m heated swimming pool, library, lounge areas, both informal and formal dining areas and an outdoor fire pit. Guests will also enjoy exploring the individual rooms of the Main House, which is decorated with eclectic artwork and treasures collected by the owners during their travels around the globe.

Sika was involved in multiple areas across the property

For the construction of this 10,000 m² property, Sika New Zealand was originally invited to provide specifications for simply a 10m deck. From there however, our involvement grew to the point where Sika eventually became involved in multiple areas across the whole property. The construction works covered waterproofing through the provision of tiling systems including grouts and sealants for the swimming pool, decks, foyer, steps and stairs, kitchens, gallery, bathrooms, gym and spa as well as in the steam room (which is equipped with fibre optic lighting). The main products were the SikaCeram range, Sikalastic and Sikasil.

This was a large, comprehensive and challenging project in a remote location. Quality was paramount, and the build quality had to be as exceptional as the location. Multiple independent tiling contractors worked with numerous staff. At one point over 60 tilers were on site, necessitating constant and accurate communication from Sika. 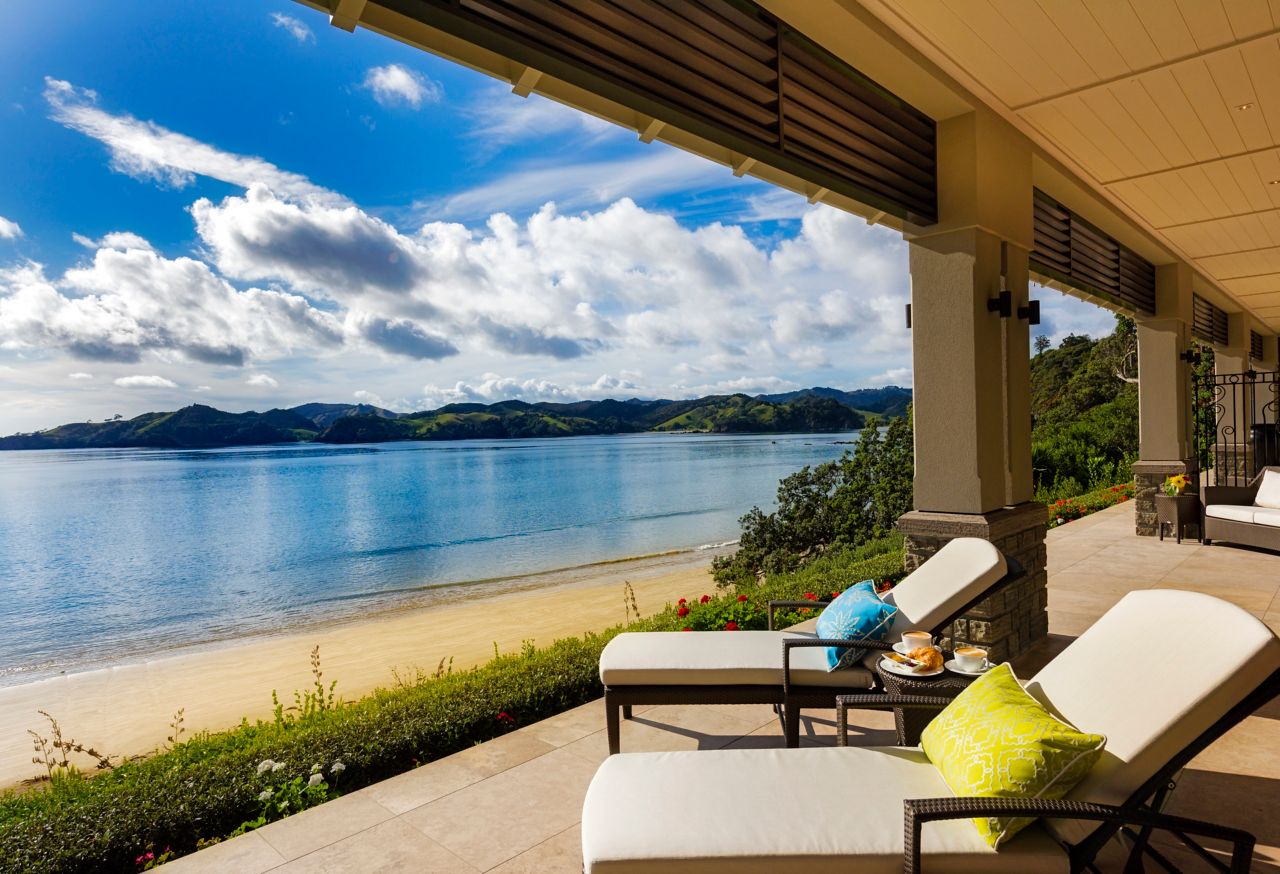 Image: Helena Bay was a truely comprehensive and challenging construction project in a remote location.

Sika supplied a methodology statement containing control checks for each of the project areas we were involved with. The Lead Contractor went over every control check prior to moving on to the next stage. Each control check was signed off under Sika’s direction. In addition there were numerous “outside the brief” situations where unforeseen challenges required fast on-site technical support from Sika. 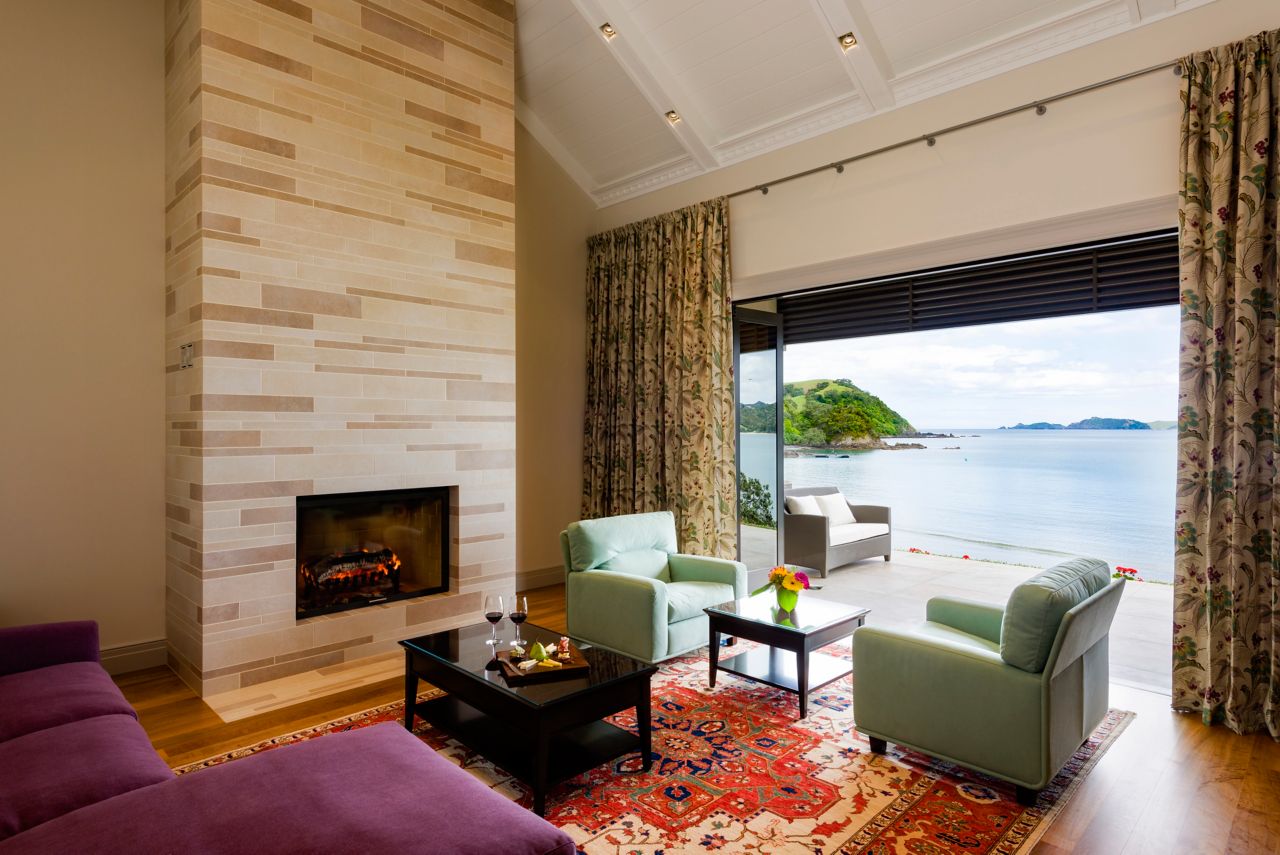 Construction of the Lodge began in 2010 and was completed in 2016. The inspiration for the architecture came from a desire to achieve timeless legitimacy in the region. The design reflects early New Zealand colonial architecture. Modern materials were used, but the appearance is of a building that could have been built a century ago.

The base of the building is clad in Northland sedimentary schist, sourced from a nearby quarry that formed part of the ocean floor 30 million years ago. Fragments of ancient coral, crustacean and mollusk shells have been captured within the stone.

In December 2016, Luxury Travel Intelligence selected Helena Bay Lodge as the world's best new luxury hotel for 2016. In the following year, Helena Bay Lodge featured on the Travel & Leisure "It List" and on Conde Nast Traveler's "Hot List". The destination has thus become a top holiday destination within a short time. And no wonder: who wouldn't want to enjoy solitude in a paradise like this, or honeymoon in such a wonderful place?

Image: Fragments of ancient coral, crustacean and mollusk shells have been captured within the stone
Image: On this secluded northeast corner of New Zealand’s North Island, one of the most beautiful sections of Northland’s coast, lies Helena Bay Lodge.

To get to know more about the Lodge, visit www.helenabay.com. 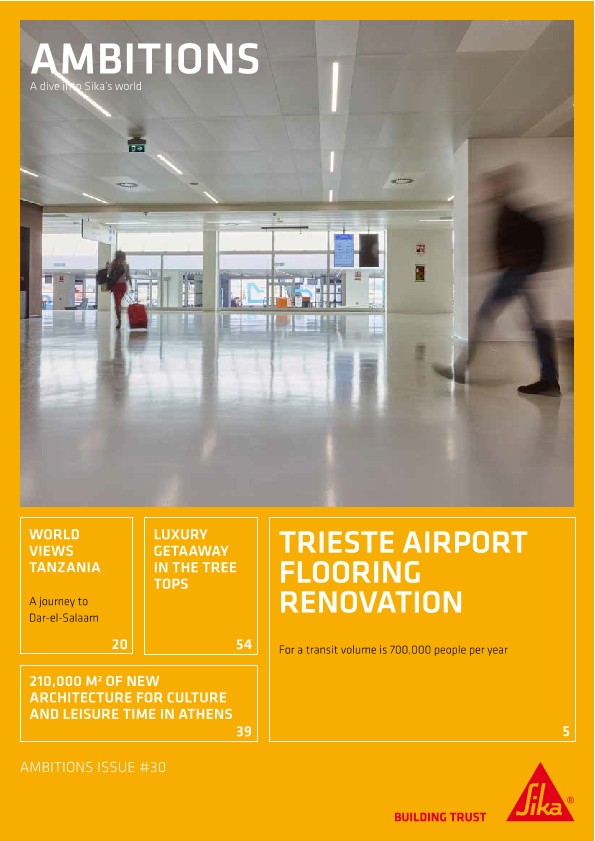